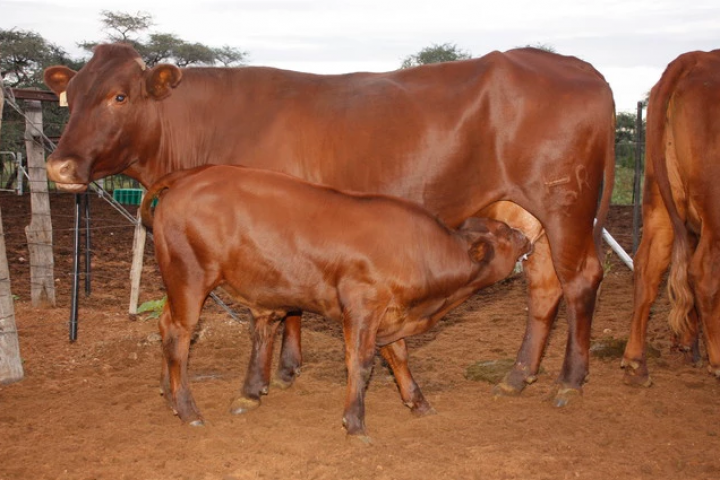 Bonsmaras are equally suitable in cross-breeding as well as pure cattle farming.
Bonsmaras are strictly selected according to the needs of commercial farmers.
All Bonsmaras are performance tested, inspected and approved by inspectors according to minimum breed standards.
Bulls will generally weigh from 600 to 900kg and cows from 445 to 637kg in average condition. The calves are small at birth, weighing 34 to 36, but grow very rapidly and wean at weights comparable to other breeds. 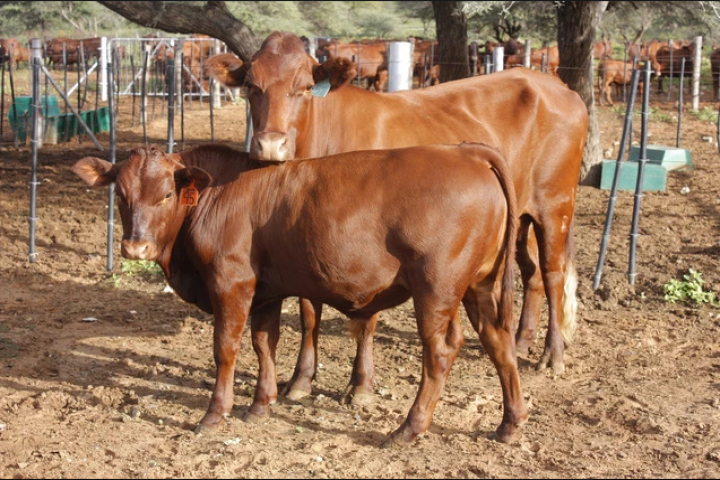 Bonsmara is a breed of cattle known for its high quality beef. They has been scientifically bred and strictly selected for economical production in the extensive cattle grazing regions of South Africa. They has become so popular that it has grown to be numerically the strongest beef breed in SA
Bonsmara Cattle Price
Heifers R4000 – R8,000 Between 13–24 Months Weight 450–800kg
Dairy Cows R6000
Bulls R5900 – R12000 Weight 600 – 900kg
Pregnant Cattle R6000
Calve R2500 Between 3–4 Months 110–350k 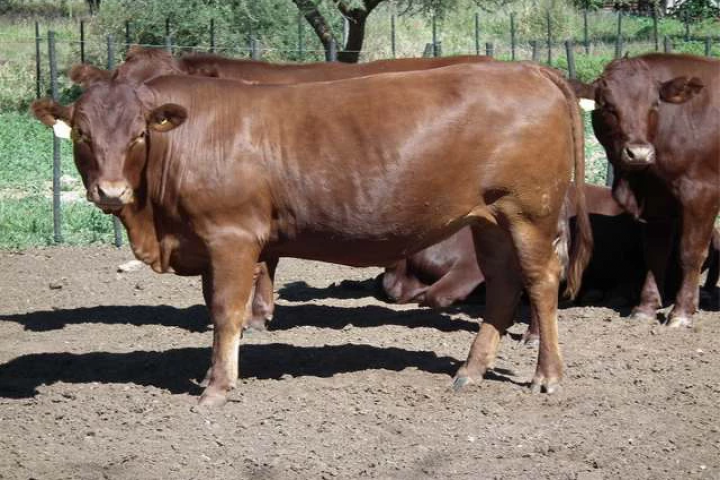 Bonsmara is well adapted to the extensive South-African climate.
Bonsmaras are very fertile breeding small calves for easy calving.
Bonsmaras are subject to minimum growth standards and produce high quality meat.
Bonsmaras have a calm temperament to be handled with ease.

Brahma cattle were produced by cross-breeding the Kankrej cattle and Guzerat cattle. Brahmans are intelligent, inquisitive and shy. They are unusually thrifty, hardy and adaptable to a wide range of feed and climate. However, these characteristics also suggest careful, kind handling methods. Brahmans like affection and can become very docile. They quickly respond to handling they receive, good or bad. Well bred, wisely selected and properly treated Brahmans are as easily handled as other breeds 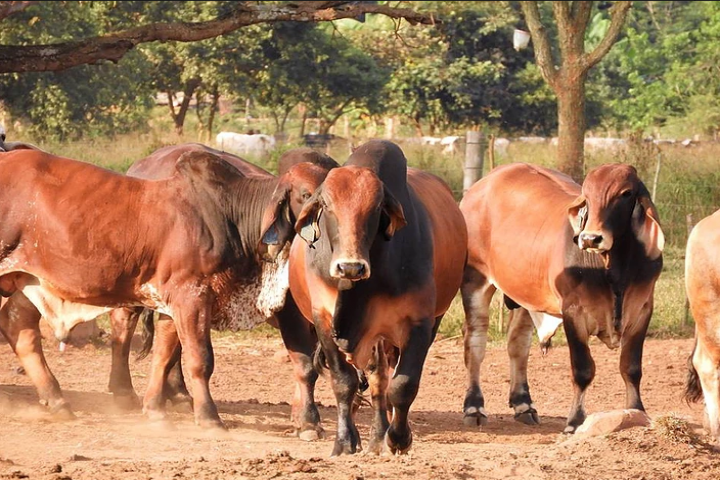 Brahmans are intermediate in size among beef breeds. Bulls will generally weigh from 726 to 998kg and cows from 445 to 637kg in average condition. The calves are small at birth, weighing 28 to 30 kg, but grow very rapidly and wean at weights comparable to other breeds 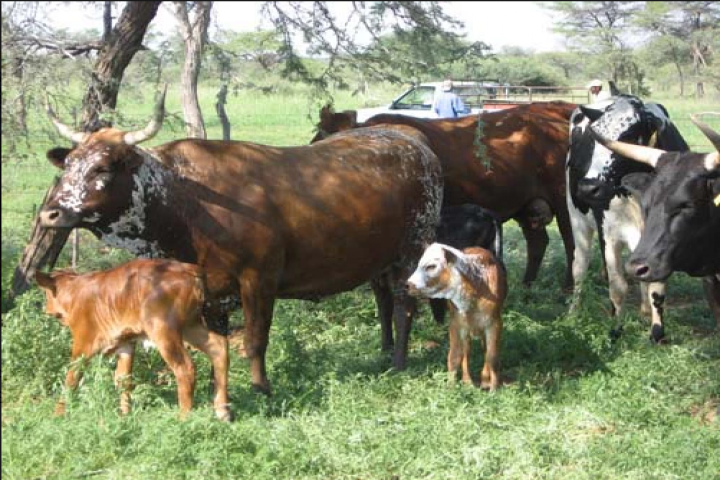 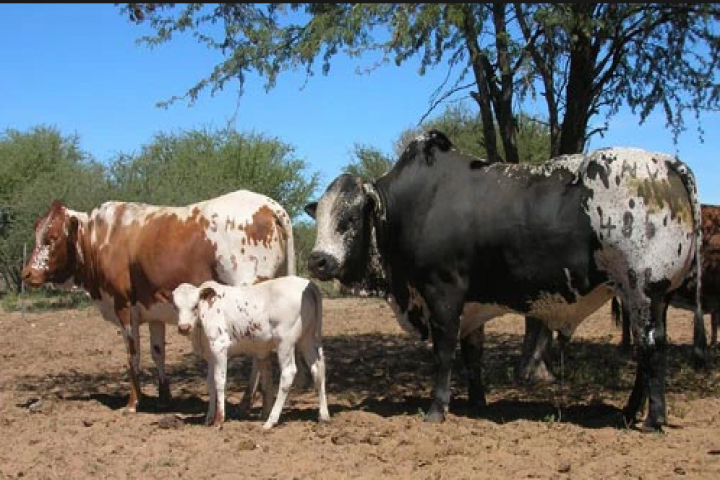 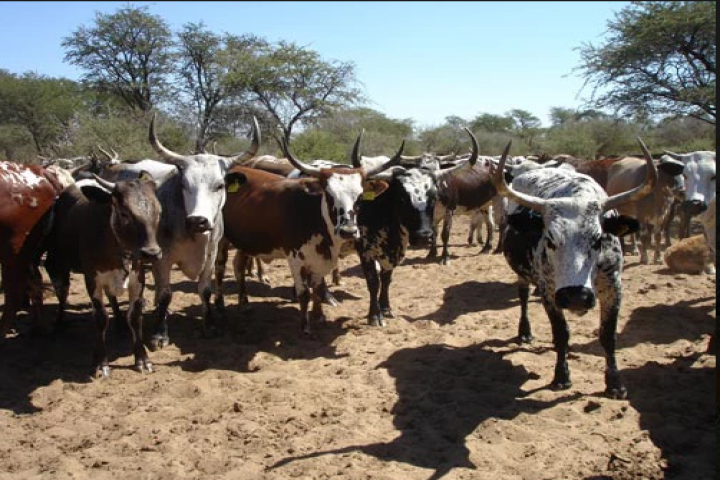 Bulls will generally weigh from 500 to 700kg and cows from 300 to 400kg in average condition. The calves are small at birth, weighing 22 to 25kg, but grow very rapidly and wean at weights comparable to other breeds. 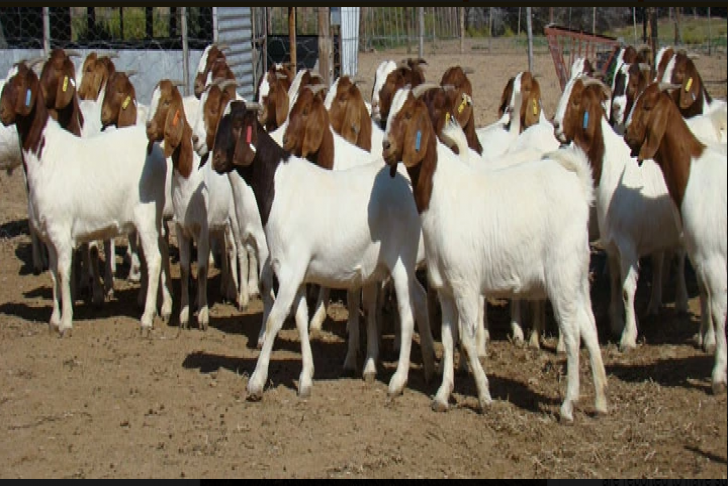 This breed of goat that was developed in South Africa for meat production. Their name is derived from the Afrikaans word Boer, meaning farmer.They are a popular breed for meat.For commercial meat production, medium sized does are normally preferred, as they produce the same number of kids, but require less feed to do so.
Goat Prices:
Boer Goats R800 – R1200 Each (Between 6 – 13 Months, Weight 40kg – 65kg)
Dairy Goat R1100 Each
Pregnant Goat R1400 Each
Young Goats R550 Each (Between 3 – 4 Months 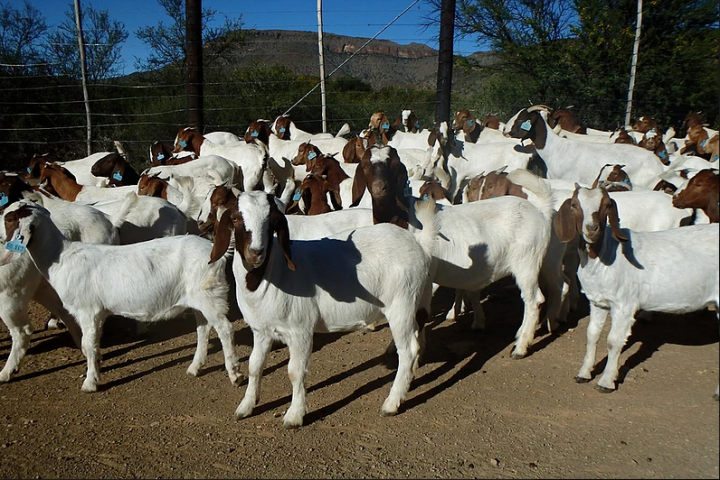 As a general rule, the more kids born per doe, the greater profit margins for the owner.They can breed throughout the year and they reach sexual maturity at 5 months.
Resistance against cold, wind, rain also high temperatures
Easy to care for without shearing problems
High fertility rates 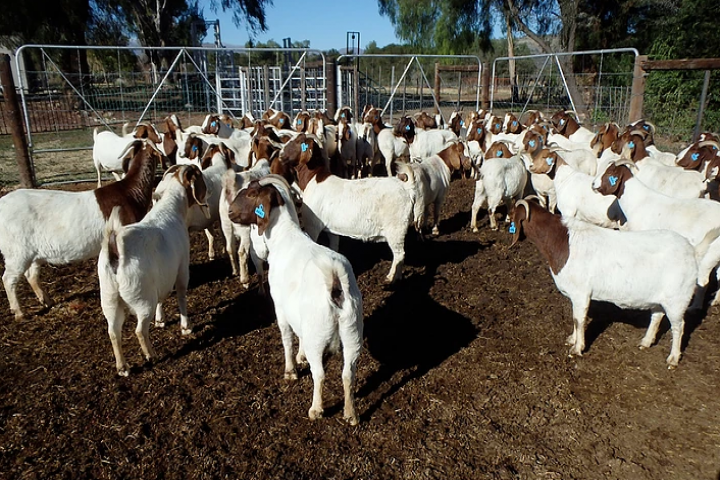 Boer goats commonly have white bodies and distinctive brown heads. Some Boer goat breeds can be completely brown or white. Like the Nubia goat, they possss long, pendulous ears. They are noted for being docile,fast growing, and having high fertility rates. Does(females) are reported to have superior mothering skills as compared to other goat breeds 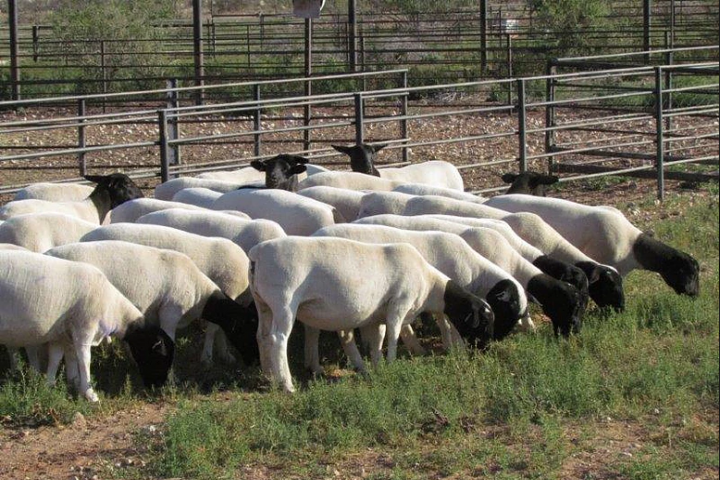 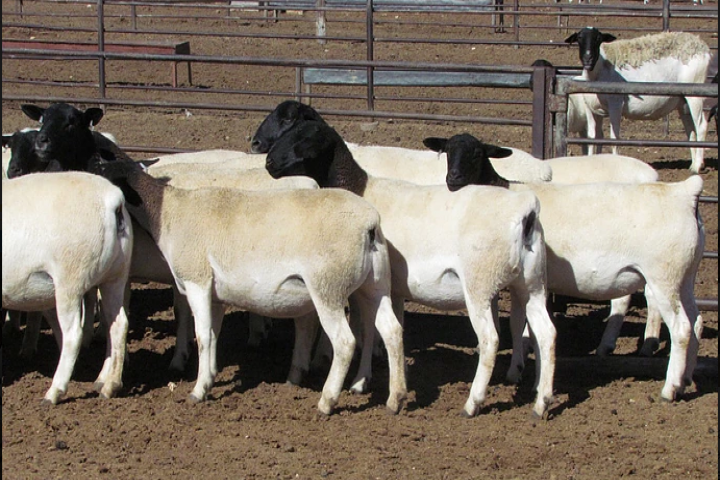 Dorper is one of the only sheep breeds that is polyoestrus. This means that they are capable of producing young 3 times in 2 years, as opposed to most other breeds that will produce young once per year, usually in late winter/early spring.
Prone to producing twins, they are very protective mothers and if in good condition, they will successfully rear twins with ease. Triplets have also been born from Dorpers, but due to having only two teats, it is rare that the third triplet will thrive. 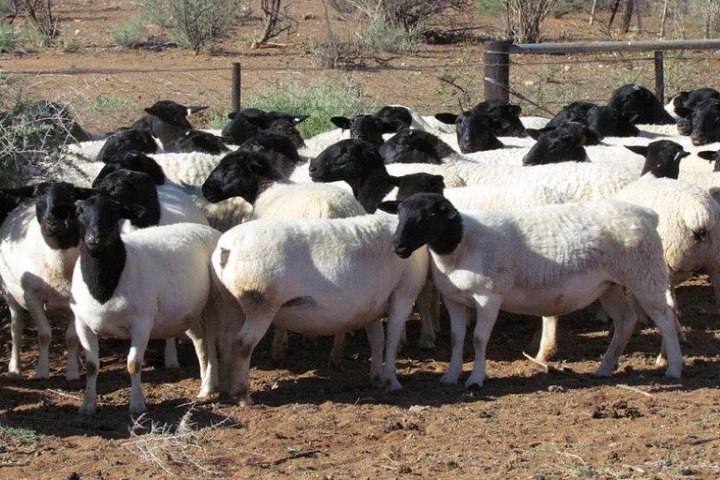